We take part in the following international organisations:

The AEBR has been promoting cross-border co-operation in Europe for more than 30 years. Ms Ann-Sofi Backgren, a member of the Board of the Regional Council of Ostrobothnia, is Vice President of the Board of AEBR. She was elected as the first woman ever in Strasbourg in September 2001. Thereafter, she has been repeatedly re-elected to the position.

One of the oldest associations for areas with common interests. The CPMR was founded in Saint-Malo in 1973 on the initiative of the Region of Brittany, at the same time as the United Kingdom, Ireland and Denmark entered the European Community. The Regional Council of Ostrobothnia joined CPMR in 1995. The CPMR's membership includes 160 regions from 28 states - both members and non-members of the EU - all located in one of Europe's main sea basins. The member regions have set themselves the goal of promoting a more balanced development of the European Union highlighting the value of all its geographical areas to strengthen economic, social and territorial cohesion.

A Nordic cross border co-operation association with the Ostrobothnian regions in Finland, the province of Västerbotten and the municipality of Örnsköldsvik in Sweden as members. Presently, the Kvarken Council focuses mainly on issues concerning food industry, university co-operation, culture, traffic, tourism and the environment.

The foundation of the Committee of the Regions (CoR) at the beginning of 1994 formalised the representation of local and regional interests in the European Union. 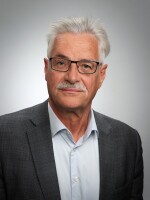